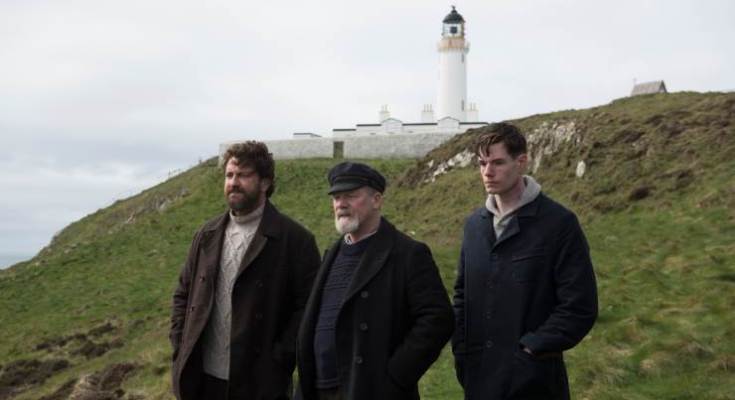 Gerard Butler will forever be known for his trashy  action flicks or forgettable rom coms. Could we ever see the day he pulls of some serious acting? Yes and it’s called The Vanishing!

The Paisley born actor might  flex his muscles in ancient Greece, saving American Presidents or chasing Drug lords. For this one he can unleash his Scottish accent, sing some sea shanties, In a film based on one of Scotland’s greatest unsolved mysteries, The Flannan Isle Mystery.

Nearly 119 year later the mystery is still unsolved. Some folks might get angry that a film is attempting to solve the mystery, far from it. If anything  you can look at the film showing off one possibility whilst delivering a taut psycho drama thriller worthy of your time.

In The Vanishing, we have to go back to Scotland 1900. Thomas (Peter Mullan). and old hander, James (Butler), a family man who’ll do anything to provide for them, Donald (Conor Swindells) young and naive.All lighthouse Keepers who we first meet preparing to leaves, gathering supplies and saying their last farewells.

The three head to the isolated isle (Killantringan Lighthouse, near Portpatrick) for a solitary life maintaining the Lighthouse for 6 weeks. As they disembark at the lighthouse , the three they are replacing leave exchanging notes before they depart. Thomas and James know whats expect and they quickly go to work whilst showing Donald the ropes.

During the men’s daily routine, they stumble across something unexpected, an unconscious man lying over the craggy rocks. Next to him is his wrecked paddling boat and a black box. Donald goes over to investigate only to find by surprise the man is still alive and attacks him, forcing Donald to kill him in self defence.

They grab the box and take it to the lighthouse, with Thomas warning the men not to open it. Curiosity takes over them and they open it, triggering a chain of events that see the dead man’s shipmates come looking to reclaim the box. 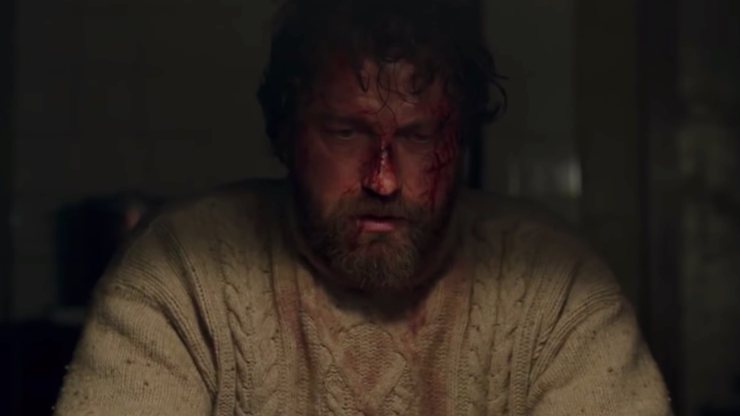 The Vanishing plays like a film with 3 acts. The opening act establishing who our 3 keepers are, men with a lot of unresolved emotional baggage and skeletons in the closet. Thomas is drowning in guilt after losing his wife, James missing his young family with Donald a naive young man who is loner looks perfect for this job. The Second act is all about the chain of events that transforms the men into what we see them in, in the final act. Sending them all ti an impending doom.

The environment of the film is perfect one to push our 3 leads into a sea of anguish and despair. All thanks to director Kristoffer Nyholm‘s exploits in Scandic Noir (The Killing, Taboo) he’s crafted a slow burning psycho drama that captures the isolation and claustrophobia of the island. You truly feel trapped like the keepers who eventually succumb to the abyss of paranoia. Things are also helped by DoP Jorgen Johansson’s photography which adds an extra layer of insanity, portraying the Scottish weather as harsh, unforgiving, inhospitable adding to tension. You could say the making the Lighthouse feel like a prison cell.

The Vanishing may not be groundbreaking , What starts as a film about grief and forgiveness, add an extra dimension of something unexpected the tone changes drastically. This is not a full on violent film, but when violence happens, it’s brutal, bloody and might even make you jump.

This may not be an inventive thriller in many ways. But thanks to a solid narrative and a cast whose performances that are magnetic and superb, when get something worthy of watching. Olympus Has Fallen won’t fall this time it will be Hollywood Critics Are Fallen, when they realise Gerard Butler has found his acting acting chops once again.