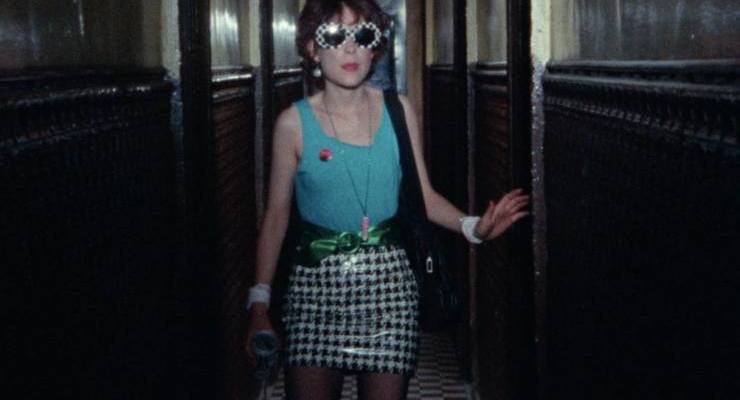 It takes a lot to stay focused and follow what you believe in or what you desire is doomed. In Susan Seidelman‘s Smithereens (1982), Wren (Susan Berman) is a determined young woman who wants to be famous. Even if that means loosing and alienating those few friends you may have to get what you want.

Now that Captivating directorial debut feature is now available on Blu-ray for the first time thanks to The Criterion Collection. A young woman chasing her 15 minutes of fame, DIY Punk style and will do anything to get it…Literally!

In Smithereens, we find ourselves in 1980’s In New York City, a city falling apart bankrupt. Wren (Berman) is your quintessential punk, a spark plug in fishnets and Converse trainers. A young woman living dangerously in any bed or sofa in Lower East Side Manhattan. After escaping New Jersey, she is a woman on a mission to become famous but her life is not easy. Stuck in a low paid job in a Xerox photocopy shop.

She gets booted out of her apartment because she’s not paid her rent for a long time. She continues as if nothing has happened using her job to photocopy self-portrait flyers. She posts them anywhere she can and she attractions the attention on the subway of Paul (Brad Rijn). He’s the nicest guy living in a van you’ll ever meet, he likes her gives her hope. But like many other guys she meets, she breaks their hearts. She hangs around the ‘legendary’ Peppermint Lounge and there’s one man their she has eyes for. One sleazy rocker, Eric (Richard Hell), whose band has no hits but she wants to become their road manager and go with them to Los Angeles. Will life be better than New York?

The film was shot on 16mm film and this really captures the grit, hardship, and realism that life is hard for all. It also helps that the cast was unknown non-professionals. Characters become believable, you even feel their deprivation. This doesn’t mean the acting was impressive, it was overplayed at times. 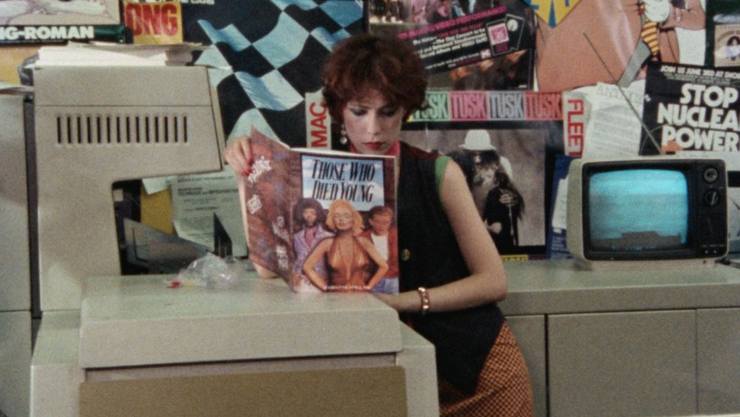 Wren is a daydreamer, a determined feisty young lady who’ll rarely take no for an answer. Is she street smart? Yes but not always. When we first meet her, she has a likable quality but behind the tough-talking, gum chewing and opportunist tendencies she has one big flaw…Her mouth.

As the film progresses what we do get is the true Wren. A narcissistic woman, who is very insecure, never knows when to shut up or when to seize opportunities of a way out. She is is her own worst enemy, in need of some true life lessons. No wonder people give up on her. She wants everything hand to her on a plate rather than work her way up and gain respect.

If Wren was around nowadays she would be in heaven. All largely thanks to television talent and reality shows modern technology that gives anyone their 15 minutes of fame overnight. No need for posters, a few clicks on social media you could be an instant hit. However those same few clicks your career would be over.

Smithereens shares a lot of parallels with Criterion Collection‘s other August release… Sex, Lies, And Videotape. Both films that graced the Cannes Film Festival and American Independent films on low budgets. Some critics say Steven Soderbergh’s film has stood the test of time and this one hasn’t. That actually works in this film’s favour with the aesthetics and rawness give it a neo-realist feel similar vein to Jim Jarmusch films. You don’t have to be sympathetic nor empathetic just understand the characters struggles to do better for themselves.

Smithereens may not be a masterpiece, but it’s a film that played its pivotal role that helped engage women into film and through independent route. A film full of the DIY punk ethic detailing a love for a then ‘dying’ music and lifestyle in a bankrupt city. So is Wren the embodiment of a certain Madonna Louise Ciccone, better known as the Queen of Pop, Madonna? Siedelman’s next film was Desperately Seeking Susan starred the newly discovered pop icon. 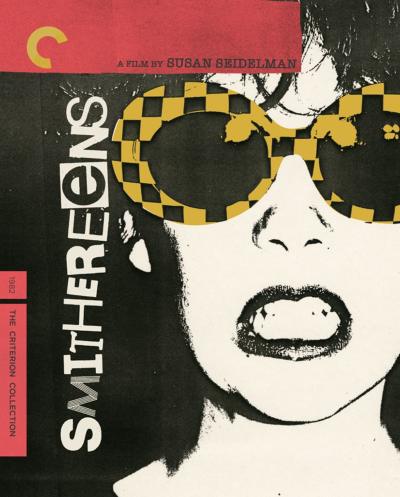 Presented in an aspect ratio of 1.66:1 in 1080p with MPEG-4 AVC codec. Like many of Criterions releases especially those the filmmaker is still alive, supervised by Susan Seidelman. Whilst we do love to see a clearer, non-dirt free version of the film, this one still captures the gritty character. Purposefully left to appreciate the 16mm essence, purists will be happy. There has been some work to remove/manage the jitter, flicker, small dirt, grain, and noise. It’s one time the 2K Restoration less is more.
The original monaural soundtrack has been remastered with LPCM 2.0 like the Picture keeping some of its original sounds. Or as Criterion call it ‘true to source’, things though might feel a little flat, however, the dialogue is clean and crisp. You will enjoy the lo-fi Punk/ New Wave score too.

This been the first time Smithereens has been released on Blu-ray in the UK and Ireland, we get an intriguing commentary from the director Seidelman. If it’s information on the film you want she delivers a lot of info. On top of this, there is a 41-minute interview with Seidelman and Berman who look back at the film, including what influenced the film including the music.

Smithereens was Seidelman’s directorial feature and we go back to the 1970’s with two short films from her time at film school. Some has said these films are superior to the actual main film, decide yourselves. Both were made in 1979 and include a new introduction from Susan herself.