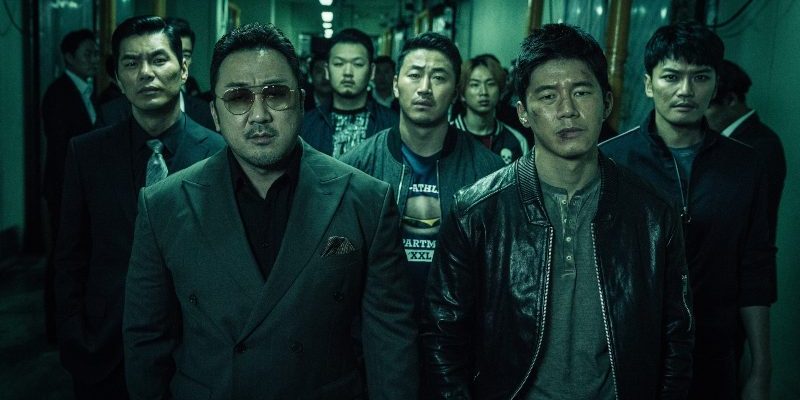 Happy Fathers Day to all the great dads around the world that today Sunday 20th June, like here in the UK.  If your father is a big film buff and may not have  those streaming channels  such as Netflix, Prime Video we have some free choices for your viewing pleasure today.

Part of the Freeview channels is BBC and they have been building up a great diverse selection of films. They  majority of genres covered here, below is our 10 choices  of films the old boy may enjoy. Off course  we appreciate every dad’s choice in films will be different, head over to BBC iPlayer to watch or check the extensive collection of films.

Now I do like that! The story of Brian Clough’s 44-day stint as manager of Leeds United FC in 1974. When Don Revie quit Leeds to become the England boss, the outspoken Clough took charge. Determined to impose his own style upon Revie’s tough-tackling team, Clough soon alienated his players and the board. If your dad is a football fan he’ll love this, Martin Sheen is fantastic is legend Sir Brian Clough.

Possibly Steve Carrell’s best series role (or at least one of them) as the cold, calculated John Du Pont. Olympic wrestler Mark is flattered by multimillionaire John du Pont’s invitation to build and lead a squad to compete in the 1988 Games in Seoul. However, eccentric John’s awkward attempts at hands-on involvement and desire to draw in Mark’s more famous brother Dave steer the trio towards a tragic outcome. An unnerving film that examines the sense of entitlement doesn’t mean you can murder and walk free. Channing Tatum and Mark Ruffalo as the Schultz Brothers.

THE GANGSTER, THE COP, THE DEVIL

Jang, a non-conformist and cocky cop, realises there is a serial killer at large, randomly selecting his victims in the city. When one of those victims is Jung, a noted crime boss who manages to escape with his life, an unlikely coalition is formed to bring the perpetrator to justice, by fair means or foul. Korea has delivered some of the best crime thrillers, this may not be a masterpiece, it does tick the boxes for genre fans.

MAN ON THE MOON

Biopic of controversial comedian Andy Kaufman, starring Jim Carrey. Another fine example that Carrey can act in a role he was born to play!

Star of Taxi and Saturday Night Live, Kaufman was a troubled individual for whom the boundaries of reality and stage performance were often blurred. Frequently misunderstood, even by those closest to him, he remained a strictly maverick entertainer until his untimely death from lung cancer in 1984.

If there’s one film you really want to watch with all the family. Watch safely that there’s nothing you don’t want the little ones to hear and will have you laughing watch this one. In this one Paddington finds the perfect gift for Aunt Lucy’s birthday, but when the gift is stolen, he becomes the prime suspect, and it is up to the Browns to prove his innocence.

Sombre time-travel thriller in which a convict from 2035 is sent back in time to find the cause of a virus which has wiped out most of the planet’s population and driven the survivors underground. However, he accidentally arrives in 1990 instead of 1996 and is locked in an asylum where he meets a fellow inmate who may have a part to play in the epidemic. Inspired by Chris Marker’s seminal 1962 short film La Jetee. Many see Terry Gilliam’s films as hit and miss, this is one of the hits. Inventive, harrowing, heartbreaking .

Thriller based on real events, dramatising cartoonist and author Robert Graysmith’s attempts to identify the so-called Zodiac killer, a serial murderer who terrorised San Francisco in the 1960s and 1970s and taunted police and journalists with letters offering clues to his identity. Graysmith, alongside crime reporter Paul Avery, becomes increasingly obsessed with the case and remains fixated long after the killings stop. To this day, the case remains unsolved. Some consider this David Fincher’s best, whatever you think it’s up there.

A remake of the classic 1957 Western of the same name. To clear his debts and restore his lost honour, a rancher agrees to escort a dangerous criminal to trial for a paltry fee, beginning a risk-fuelled battle of wits. I don’t know many dads who don’t like Westerns. Solid, gritty remake that respects the original, engaging stuff.

Finding Jack Charlton is the compelling, emotional and definitive portrait of a football life like no other. It is the story of an extraordinary man, an English, World Cup-winning legend who became an Irish hero.

Jack Charlton won the World Cup in 1966 playing alongside his brother, Bobby, in England’s greatest ever side. A proud Englishman, Jack applied for only one job in his subsequent career as a football manager: the England job. Jack never received a reply from the FA. Instead, he accepted an invitation to manage the Republic of Ireland, and took on a side that had never qualified for a major tournament to the dizzying heights of a World Cup quarter-final.

In doing so he inspired a nation. Ireland’s footballing success represented far more than winning matches, it influenced a social and cultural change in a country that faced deep-seated political and economic challenges.

Finding Jack Charlton tells the story of Jack’s special association with Ireland and also examines his frustration with England and the FA, his complicated relationship with his brother Sir Bobby Charlton, and his final battle with dementia.

CROCK OF GOLD: A FEW ROUNDS WITH SHANE MACGOWAN

The definitive documentary on musical icon Shane MacGowan. The wild and roving life of Ireland’s most beloved punk poet, as told by Shane himself and a small, intimate cast of close friends and members of his family. The Pogues front man a legend in many ways (not always positive), pour the old man a pint of Guinness let him have fun!
Watch here

Have a great day, just remember above is only a selection of the great films you can watch for free at BBC iPlayer!