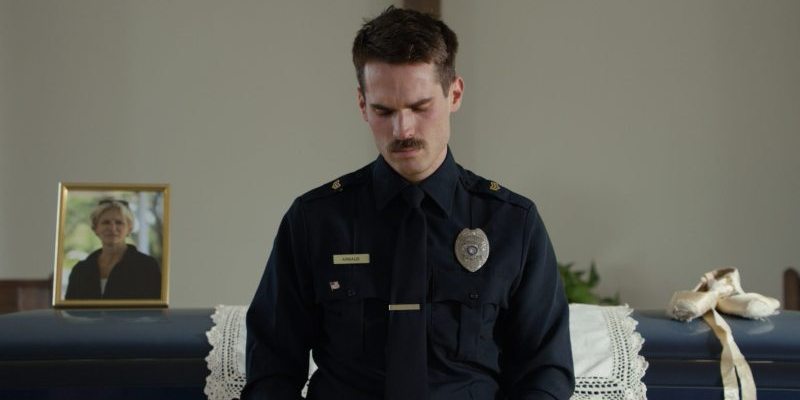 It’s sad, frustrating there’s many people who call themselves film fans who rarely watch films outside what we call mainstream cinema. They don’t realise the fountain of wonderful films like Jim Cummings‘s Thunder Road waiting for your viewing pleasure.

Any wannabe filmmaker hestitating to what steps to take to kick-off their career should take note of of Cummings. This film is his debut full length directorial debut based around his 2016 short film of the same name. Debuting at 2016 Sundance Film Festival winning the grand jury prize for best film but the journey didn’t stop there.

When you know you have a great idea, you have to work on it to make it reality. What if you have a an successful short do you take the risk make the film a full legnth and gain more success? Or leave things as they are? Thankfully Cummings took the risk and now reping the fruits of his labour. Also the credit for raising the budget (via Kickstarter) for production and the endless self promotion. A true ambassador to diy filmamking and following your dream. 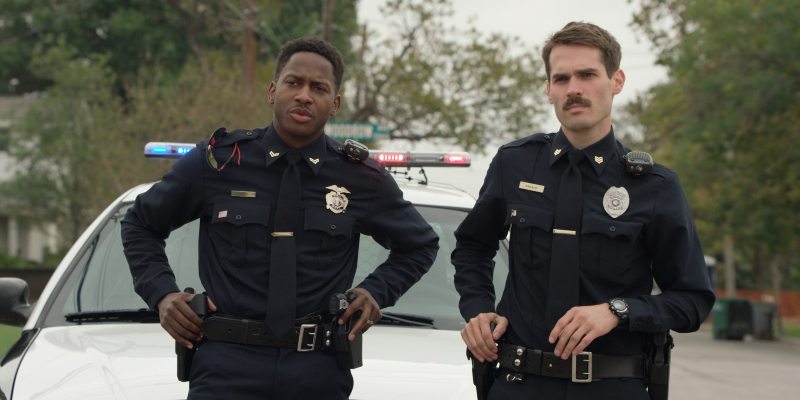 So what’s Thunder Road all about?

Jim Arnaud (Cummings) is a police officer is in the middle of an eulogy to his recently desceased mother. Standing proudly in his uniform, however as the eulogy progresses, Jim starts to loose it emotionally, struggling to keep it togehter. Things are not helped when his daughter’s boom box fails to play his mother’s favourite Bruce Springsteen song ‘Thunder Road’.

The cracks in Jim’s life become even more evident after the funeral. He’s in the middle of a messy divorce, his daughter doesn’t want to know him either. Jim looks to have some anger issues and close family plus friends don’t even want to be in the same room as him. His only true friend, Nate (Nican Robinson) their friendship becomes strained. One final twist might be the catalyst could turn Jim’s life around.

The opening scene of Thunder Road sets up the tone of the film. It’s also a one take scene which is the short film this film is based on. 12 minutes of comedy gold but also a masterclass on how to inject a perfect balance of emotion and drama.

We laugh with Jim, we also laugh at him, we also feel his pain. The extrucinating dance unearths his vulnerability and fragility of his mindset. A good man loosing gripon normality. Trapped by society’s expectations which are toxic to the core, the eulogy was Jim’s call for help.

We don’t truly learn the trigger to his rage or even why his family can’t stand him. He was certainly very close to his mother, found it hard to connect with people.

There’s a few scenes that highlight Jim’s narcassisism and he’s a bit socially awkward lonely man. When he head’s to Crystal’s school (Kendal Farr), her teacher (Macon Blair) highlights she’s having problems , Jim looses his rag. The other scene makes your hearlt melt as Jim travels half a day to visit his sister. Before he chaps her door he hids his bag in the bushes, only to make an excuse to leave early.

Thunder Road, is a funny, but tender film of a broken man, thats not scared to make you uncomfortable, You feel Jim’s  Despair and you’ll laugh non stop at the dance scene. If cummings keeps this momentum going we might just be calling his next film a ‘masterpiece’.

“If you see me wrestling an alligator, help the aligator!“