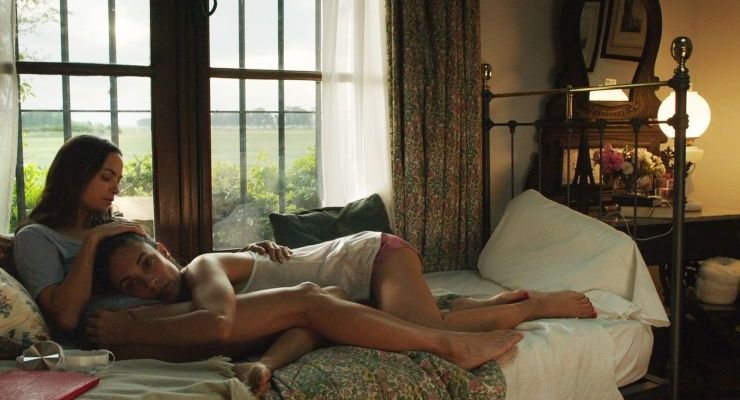 Sometimes It’s good going into a film knowing very little about it with low expectations. In Pablo Trapero’s last film, The Clan (2015)it was a bizarre, engrossing tale about a Bourgeois family tipping it’s toes into the evils that money brings. The ending took us all surprise (in a good way), expecting the unexpected. We do get that in his latest film, The Quietude (2018), sadly what follows falls flat never delivering the same ‘grandeur’ of his previous film.

The Quietude dives into the complexities of family relationships in the backdrop of Argentina’s shameful past. Things kick-off on the ‘La Quietud‘ ranch , home of the wealthy Montemayor family. Mia (Martina Gusman)walks in on her parents arguing, before driving her father Augusto (Isidoro Tolcachir) to his solicitor’s office to fix his affairs. At the office he suffers a stroke and becomes bedridden when he slips into a coma.

After years of absence from her family, the eldest daughter Eugenia (Bérénice Bejo), returning home to Buenos Aires from Paris. What starts as a happy reunion for the sisters and their mother Esmeralda (Graciela Borges) tensions boil, arguments become heated. Eugenia even throws a spanner in the works that she’s now pregnant.

The sisters just fight, fight and fight over petty little things, when their focus should be on family business affairs.The pair even reinvigorate old dormant love affairs forcing the pair to eventually face the skeletons in their closest. Whilst their Mother unearths the family’s darkest secrets.

To make matters worst, Mia is having an affair with Vincent (Edgar Ramirez) who also happens to be Eugenia’s husband. Eugenia is now back with her old flame Esteban (Joaquin Furriel) who is mean’t to be Mia’s love interest.

The Quietude tonally is a mess. Most of the story arcs never really get a chance to grow into something more decisive or rewarding. AT times the film feels more like an Pedro Almodovar or Woody Allen dramedy. Everyone is having sex with each, others fighting with each other on the verge of slitting their throats.

It’s when things get even darker and deeper, the film starts to find some momentum. As the sisters fight, Esmeralda opens up to her girls about the pain she suffered during her country’s dictatorship era as well as her hatred for her husband. Unless you know know a lot about Argentinean history, you’ll probably be a bit lost. However, when Aretha Franklin’s ‘People‘ plays out the final scenes you can’t help feel inspired to open your own heart when things are tough.

The Quietude is a film about unhappy women, just a shame it fails to fully deliver what it really wants to be.

Originally posted at The Peoples Movies on 3rd June 2019