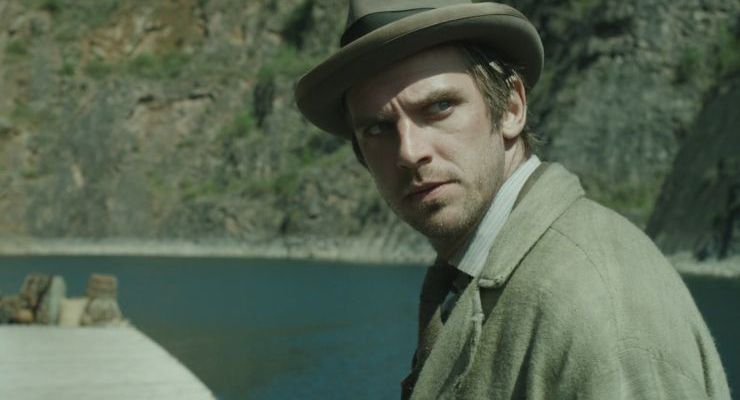 Many people these days, Welsh filmmaker Gareth Evans will still be an unknown quantity. To others, he was the mastermind behind the brilliant, visceral, pulsating Indonesian thriller The Raid (2011) and the equally rewarding The Raid 2 (2014).
Nearly four years on, we haven’t heard much from the director (apart from ‘Safehaven’ segment in the Horror anthology V/H/S) until now. Starring Dan Stevens, Apostle a slow-burning folk-horror thriller that dabbles in religious cults and Mother Earth herself.

Due to the pedigree of The Raid films, some viewers may be expecting a similar experience. If you are, you will be disappointed. No martial arts insight with your only weapon is your paranoia or is it your religion?

When we meet Thomas Richardson (Stevens), he’s a broken man. His relationship with his estranged father is non-existent. He asks Thomas to do one thing for him, to find his sister who has been kidnapped. Taken hostage by a mysterious religious cult who want a ransom for her freedom.

Thomas’ heads to the remote island where the cult call home. There he must infiltrate them under the guise of a ‘lost soul’, keeping a low profile until he knows his sister is still alive. When he does flee the island with her and the ransom.

The Cult is run by Prophet Malcolm (Michael Sheen) who rules his ‘flock’ with an iron fist. When Thomas starts to realise there’s more than meets the eye with these fanatics, he feels out of his depth. Suddenly more secrets and lies are unravelled.

Some say fear is religion’s biggest asset to indoctrinate followers to believe what preach is the only way. Even if that means you follow a deity. The island itself is isolated from the mainland, offering ‘refuge’ to those traitors or those who don’t feel part of society feel part of something.

At first, we don’t get any indication Prophet Malcolm leads nothing but an ultra-conservative fundamentalist group. Hatred for the outside world, as Thomas looks deeper for his sister, things take an even darker sinister twist.

More he searches for his beloved sister, the disciple start to get curious and learn his true intentions. This alerts the leaders and Thomas attempts to be one step ahead of them and when he returns to his new home he finds jars of blood outside the doors. By this stage, he’s befriended Malcolm’s daughter Andrea (Lucy Boynton, Bohemian Rhapsody), who herself starts to question her father’s ways.

Apostle is a change of scenery for Evans whilst still easily recognisable as one of Evans films. This film may not be on the same levels as The Raid films in regards to brutality. That doesn’t mean to say it doesn’t have any, it has its fair share. Thanks to the cinematography from Evan’s longtime collaborator Matt Flannery, whose camera work throws the viewer into the centre of the action. The movement adds tension to the story, even dread and claustrophobia. We see this when Thomas is swimming in a river of blood in a tunnel as some creature stalks him.

The 2 hour 15 minute running time may test some viewers patience. The film is a slow burner, but stay with it as there is some gruesome moments make the watch worth the wait. Apostle may not be the perfect film nor is it the worst. Maybe trimming down the running time by about 30 to 40 minutes would help the film. Adding the side story of young lovers and a pregnancy keeps your interest going. An abuse of power and systemised misogyny.

Apostle is in some ways a homage to folk-horror and one film particular, the Wicker Man with some supernatural tropes thrown in too. A visual study of is truly superb, visceral, tension-filled steeped in religious allegories. The film explores the exploitation of religion through control and abuse. Hiding behind faith to do terrible things reminding us no religion is angelic.