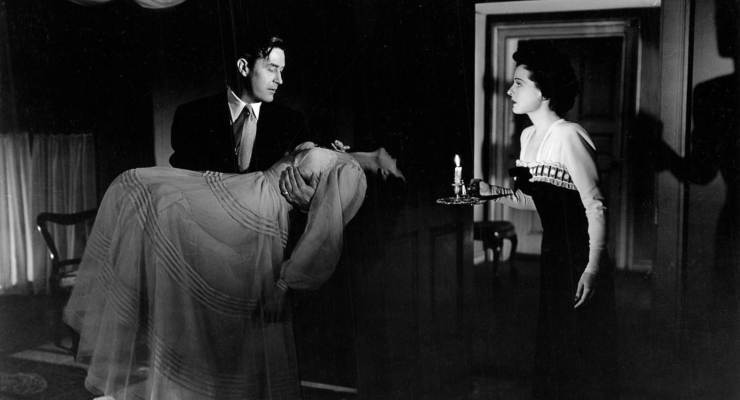 For years I dreamed of the day The Criterion Collection would come to the UK. In 2016 that dream came true  (with a little help from Sony Pictures Releasing), the boutique distributor arrived and my mind went into hyperdrive. I was like a child let loose in a Toy  shop, I couldn’t decide what releases I wanted to get. One of those films was Lewis Allen‘s 1944 The Uninvited starring Ray Milland and Ruth Hussey.

This film is considered one of the haunted house/ghost story films of the sub genre. It may not be the original one (1927 Silent Cat And The Canary is considered the first), it did help to shape and mould the endless films that came after it. Films like The Conjuring, The Orphanage, Crimson Peak , The Others owe some gratitude to Lewis Allen’s film.

Siblings Roderick and Pamela Fitzgerald (Milland and Hussey) travel from London to Cornwall and surprisingly purchasing a lonely cliff top house. The deal seems too good to be true , and the pair quickly settle into their new abode. We soon learn their new house comes with a tragic ghostly past,Rodderick and Pamela laugh off the idea it’s haunted. Meanwhile the former owner’s granddaughter Stella (Gail Russell) finds herself banned from the house  when she learns the family’s dark secret. as a bizzare love triangle kicks off. 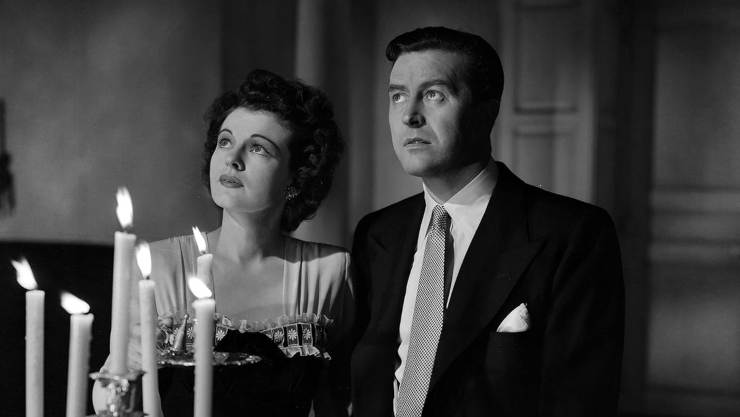 When the film was released, these types of films were in their infancy. You maybe shocked to learn Haunted house films were made for comedy rather than the scares. Some may argue the film’s right to be called an horror as it leans heavily yowards dark drama. Put aside those arguements the aesthetics of The Uninvited  atmospheric tone lean this one firmly in horror.

I’ll be frank, The uninvited is not a scary film, that’s no a disrespectful comment. As I’ve said before  this film help set the foundations of the genre. Sometimes we forget this film was out in a time there was no CGI, a lot of the special effects were pratical. Many modern horror films love their gore, this film plays on the anxities , tension, the fear of the unseen which is truly unsettling in any horror new or old.

The Uninvited  may lean heavy on the dialogue , it might be a tad too dramatic for some horror fans. Purist of the genre will splendor in the engulfing atmosphere, the slowbuilding tension . Charles Lang‘s cinematography  delivers a creepy, gothic, very restrained and the ability to those simple things disquieting. Call this film what you  like, without it’s contribution to horror, some those films you love probably wouldn’t exist.

PICTURE & SOUND ★★★★
The star of the show is the picture quality. A gorgeous 1080p/AVC MPEG-4 encode that let’s Lang’s delectably rich cinematography a lot of depth.The constrast levels are well balanced and a sharp definition and presented in 2K Resolution scan from the 35mm negative, with a 1:37:1 Aspect Ratio. The overall quality is fantastic, it’s near perfect as there’s times the picture is a little blurry  with a slight double at the beginning. Overall not enough to downgrade the overall picture quality .

EXTRAS ★★
For a Criterion Collection release the extras are a big disappoinment. We appreciate not every film may have the abundance of stuff to make lots of extras, but this is Criterion who pride themselves on the best. There’s a 26 page booklet featuring an essay by critic Farran Smith Nehme and a 1997 interview with director Lewis Allen, which OK. As are the two radio broadcats (1944 & 1949) both including the voices of Milland and Hussey. There is the films trailer, we do have a 27 minute video essay that goes into the film’s production. It also digs into the lead actors (Milland & Hussey), overall a solid well made video.